Ethics and Restructuring: Promising match or marriage of convenience?

A few weeks ago I found myself at the AESE headquarters in Lisbon to participate in a continuous education session on ethical aspects of the recession. I was invited to speak specifically on “Ethics and Restructurings.” What sprang to mind were the countless processes of divestment, mergers and acquisitions that I have had to orchestrate since the early 1990s in Spain, Europe and Latin America as the Human Resources manager at American multinationals. The first one was the closure of a factory on one of the Canary Islands which affected almost 600 people; the latest was part of the merger of two world food giants in the Andean countries of South America. 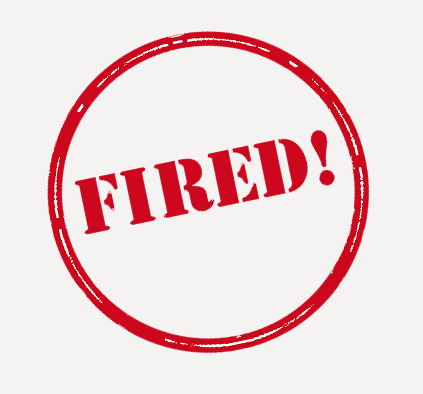 They were all difficult experiences that affected me and never failed to move me. So I was attracted by the challenge of thinking about the role of ethics in all of them with some distance. What did I have to say? Could I shed light on the role of the manager who has to deal with restructurings? Is that even possible? A good idea? Necessary? Or rather is it just part of the current trend to attach the label “ethical” to anything we can?

The use of this label is something of a trend in business marketing in an ecological vein, which leads us to stamp the “ethical” seal even on consumer goods and clothing. Early this year, the European Parliament approved a report asking the member states to conduct business restructurings in a more “ethical” way.

But what ethics is Brussels talking about? When the term “ethical” is used even to refer to clothing (I recently also heard talk of “ethical clothing”), are we not witnessing one of history’s typical pendulum swings? After the lack of ethics at the root of this recession, we are now swinging to an overabundance of it  with the consequent danger of not only overdoing it, but stripping the term of value. In the case of Brussels, we are talking about the participation of workers, among other things. But is that all, or is there something else?

I believe it is necessary to clarify our terms.

Introducing ethical considerations when speaking about restructuring processes means much more than just adding an adjective or earning a kind of certificate. It means thinking about the right way to conduct a painful process that should have been avoided in the first place. In my opinion, talking about ethics has the following implications:

“What were the most difficult decisions you had to make?”

Not too long ago I watched the Brad Pitt movie “Moneyball” again. There is a scene in which on a team trip one of the players asks the young Peter Brand, an economist, who inspired Billy to embark upon the project: “How come your boss doesn’t travel with the team?” Brand answers, “He doesn’t like to mingle with the players.” And the player insightfully replies, “Is that supposed to make us easier to cut?”

Films like George Clooney’s “Up in the Air” spotlight one way of conducting these processes as if they were not part of the very process of managing but instead one of the jobs to avoid.

It is undeniable that emotional involvement with the people to be let go has a very negative impact on any manager. In response to the question “What were the most difficult decisions you had to make?” managers who have gone through the tough experience of dismissing workers always mention it as one of the hardest. Hence the tendency not to get involved and to steer clear of the issue, to delegate the execution of the process to outsiders, sometimes without the business having the right level of representation. Not that anyone wants to be the bearer of bad news, but given this… is it acceptable to deprive the employee losing their job of the right to receive this information from the person with the appropriate level of representativeness within the company?

Airport bookstores often welcome managers hungry for recipes, for surefire, easy solutions to complex problems about which they have no time to think deeply. Stores and publishers know this and try to satisfy them. This may well be the topic spurring their search there before catching a flight, something like, “Restructuring in which Everyone Ends Up Happy: The Keys.” However, this book does not exist . The reality is that all restructuring processes, like amputations, are painful. The only successful one is the one that never had to happen in the first place.

And after the process comes the post-op. Things cannot go back to business as usual in terms of spending or practices that collide with the good sense of someone who has seen how a goodly number of people have been dismissed and perhaps still sees how certain expenses could have been avoided… in order to save someone.

The proverb says that “smooth seas do not make skillful sailors.” Managers will not emerge from a restructuring process unscathed. They will either be stronger or weaker  managers and individuals. They will either gain credibility or become incapable of once again inspiring trust among the employees that remain.

This challenge is only feasible for someone who is used to constantly taking on challenges and facing them courageously. It is a challenge to do it properly.